At the end of this performance, the literary performance artist (myself) stamped my personal red seal on my arm in the same way one stamps a red seal on the work of calligraphy. I am the text.

As you may see the patterns in my literary works, I was influenced by Jacques Derrida's literary criticism and philosophy within the themes of arche-writing, phonocentrism, trace, and so on. In addition, I'm also inspired by Japanese calligraphy which also influences in my works of art, performances, and other forms. 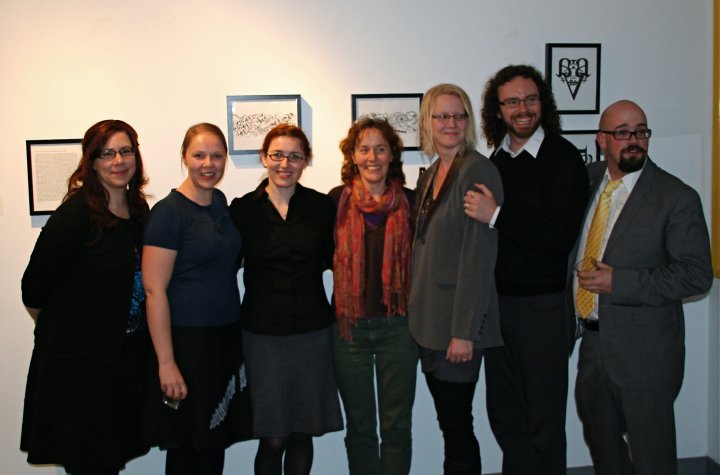 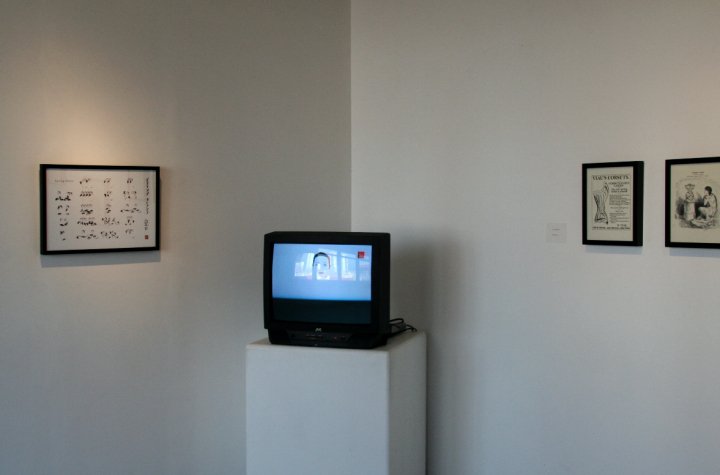 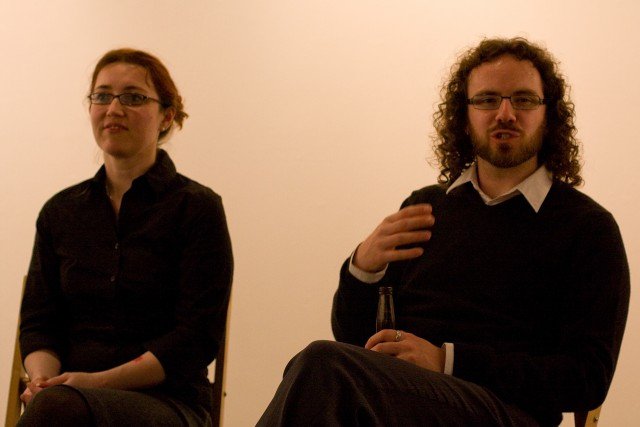 "When one sees or hears "word", it is automatically assumed that it comes from spoken English but "word" itself have several meanings. And, Jolanta's act of "listening" to the dictionary reflects how much the hearing world relays on sound as the authoritative figure, yet the word printed in text doesn't make sound. A simple performative gesture to confront our mainstream critical thinking/attitude toward language(spoken). -- Peter Cook, June 2010 (FB).

Related work: Soundless in the Book.