Locks of Love: a performance art

In my slightly mischievous performance art at the Asiatopia International performance art festival, I invited the audience to participate in an interactive "play". See a docu video at the end of this post.

In the opening, I cut a piece of my hair to create a brush. Then I chose a first observer in the audience to cut a small piece of her hair and invited her to dip in ink with my hairbrush and write something on the rice roll paper. The person then taped her piece of hair on the rice paper. 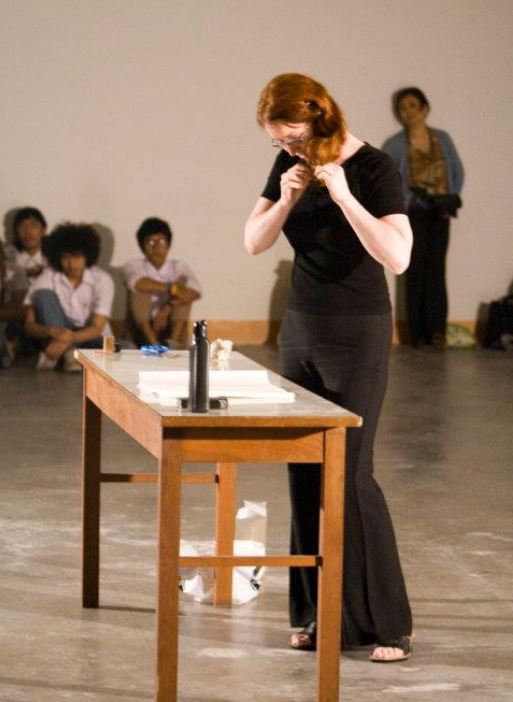 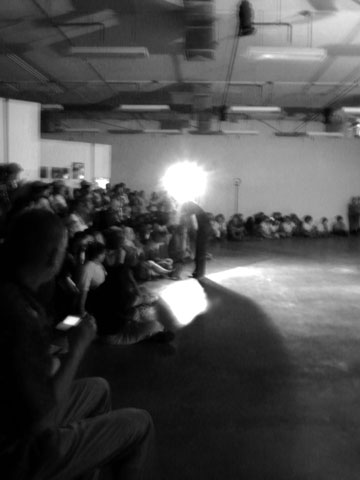 During this performance, this process became a bit wilder and wilder. A person sometimes would chase a running friend and cut a big piece of hair. Many of the chosen audience wrote in different languages on the paper. This went on and on till the moment I decided the right time to stop when the last person wrote the last amusing message "stop this war" on the rice paper. 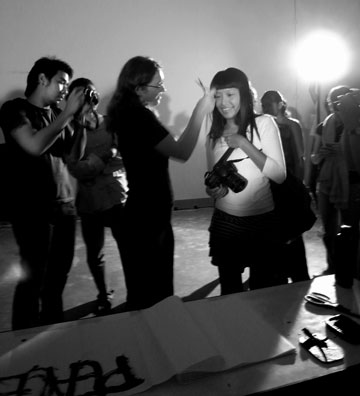 So it was the exciting time, finally, I invited a person to cut a Japanese woman's waist-long braided locks of hair. The audience gasped; some screamed 'no'. A guy intervened, offering to cut his medium-long hair to rescue the Japanese girl. 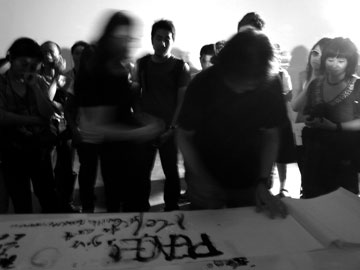 Again, I gestured a person to cut the Japanese girl's long braided lock of hair. Eventually, some realized it was a plan. The locks of hair were donated to the "Locks of Love" organization for children with cancer. 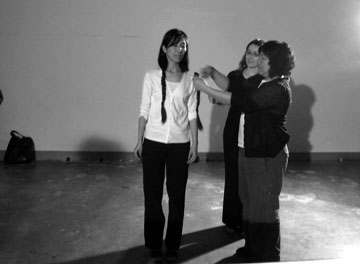 This performance was dedicated to my Japanese friend Asami who donated her hair to the Locks of Love organization. It promotes awareness of cancer and children.

How it all started was that when I sojourned in Japan for three months, Asami initially invited me to cut her hair. This was an honor; instead, I decided to invite her to come to the festival in Thailand to be part of this performance.