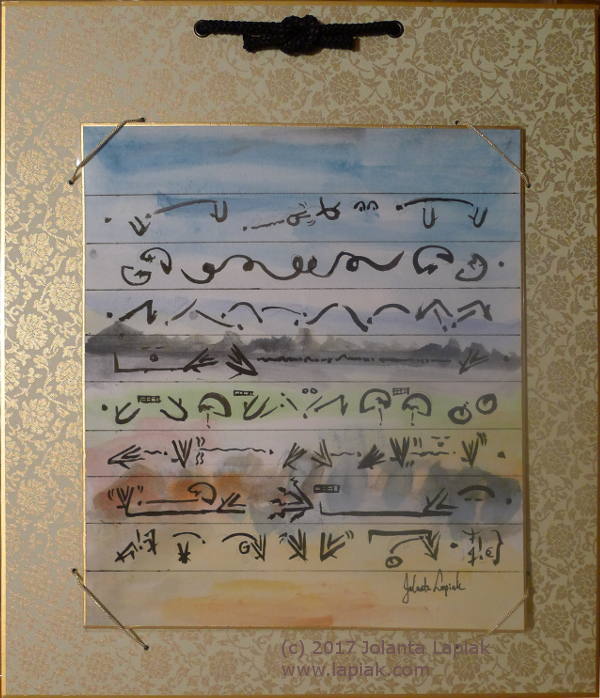 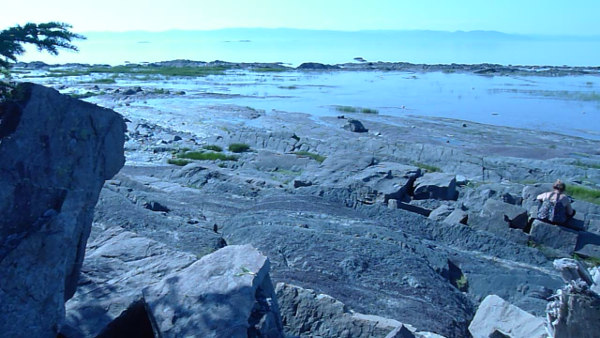 The four gals including myself rode on the bicycles we borrowed from the studio for about 5 minutes to the scene on the first day of our weeklong art residency in Saint-Jean-Port-Joli. Each of us explored for some ideas for our art creation.

A poem in ASL began to bubble. I produced a poem on my camera. Then back in the studio, I wrote down a draft poem in ASL.

No translation in English. Only in ASL. Video to be available later.

There are eight lines in written ASL, not from left to right, but in a zigzag continuity. It starts from the right, because in spoken ASL, I began from the right side.

The first line describes an experience where everything was silent and calm. Suddenly, there was some interruption in the silence that occurred in the sky.

The second line begins from the left to the right. It describes clouds.

The third line moves from the right to the left, describing the outline of mountains.

The fourth line from the left to the right describes a musical vibration of the water (lake).

The fifth line (right to left) shows some roughness of the rocks here and there.

The sixth line (left to right) describes a mix of green tall grasses and water.

The seventh line (right to left) depicts two main digits of ASL signs. The left half of the line tells of a huge trunk of the fallen tree. The right half describes the huge roots of the tree. The last digit on the far right shows a closing of the lines by closing eyes.

In the last closing line, the ASL written digits tells about myself sitting and looking. I contemplated about what poem-to-express. The very last digits is my name sign "red cheek". Below my name sign is my signature in English alphabet.