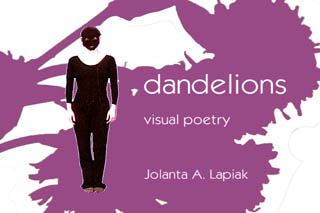 In my series of videos between 2005 and 2007, I wore black attire including black mask and gloves that represent myself as text as in word rather than image, to emphasize my language as text.

Inspired by the version of American Deaf poet Clayton Valli (1951-2003)'s Dandelions (1970s/1980s?), the experimental video poem Dandelions (2006) was created. In this creation, I explored the cinematic devices in both video editing and signed language.

In Dandelions, the cinematographic techniques and and signed words are integrated since both share the same visual-spatial space.