The Evolution of Painting

During the Foundation Year at art college in 2001, I was torn equally between two potential majors in Media Arts and Painting. Because, I enjoyed and valued both traditional and technological mediums. 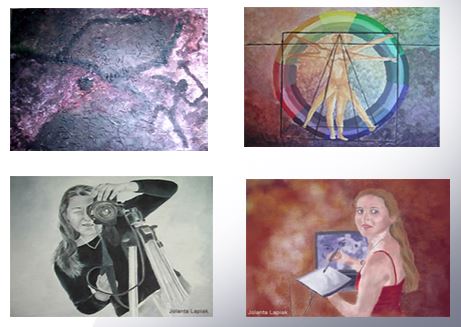 The work of art, entitled "Evolution of Painting" was presented in a class for critique. The work displayed in a quadriptych, portraying an evolution of painting from the prehistoric cave painting to the contemporary electronic painting.

The four panels would depict an evolution of painting in key points from the primitive cave painting to the da Vinci's classical image of the Proportions of the Human Figure, to the concept of Gerard Richter's photograph-like painting to my first digital painting of self-portrait. 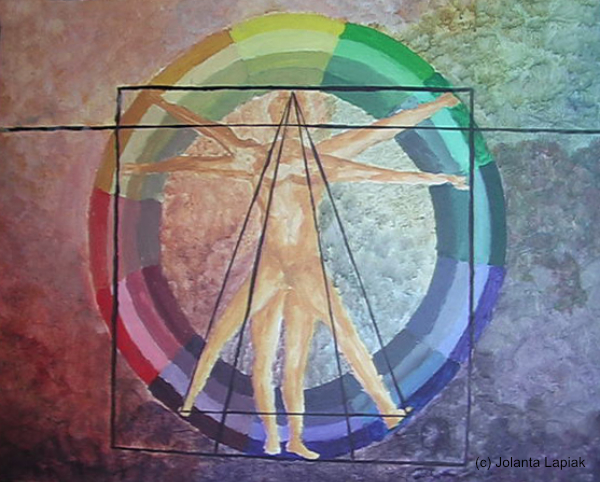 The second panel of the da Vinci-style painting represents an art evolving towards the perfection in a scientific approach. 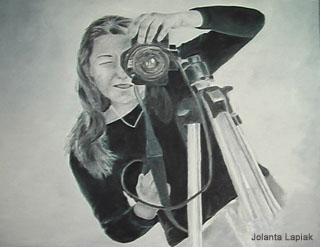 In the third panel of a "self-photograph in the mirror" painting, painting was thought to be dying when a photograph was invented. Styles thus were explored to divert from the photograph. In this similar vein, the mediums are explored from oil to acrylic and watercolor. Also, Richter demonstrated in his work that a painting can equal with a photograph. 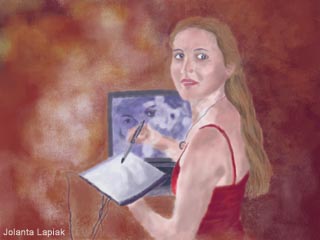 In the fourth panel, this painting depicts a self-portrait holding a tablet known as an electronic palette and a stylus as a electronic brush in front of an electronic canvas that is a laptop screen. The process and techniques of digitally painting is the same as oil painting that I use.

Note that the drawing tablet was an early form long before the advent of touch monitors. So, e-painting was somehow a novel thing back then.

The point of this quadriptych work is that painting is not dead as much as drawing is "not to live without", as the language of mind is mathematics-based imagery.

These last paintings reflect a discussion on the originality versus reproduction. If a last digital file is permanently erased, the digitally painted printout is considered to be originality in its final process. The basic point of the work is that the process itself is the final arbiter of originality and reproduction.